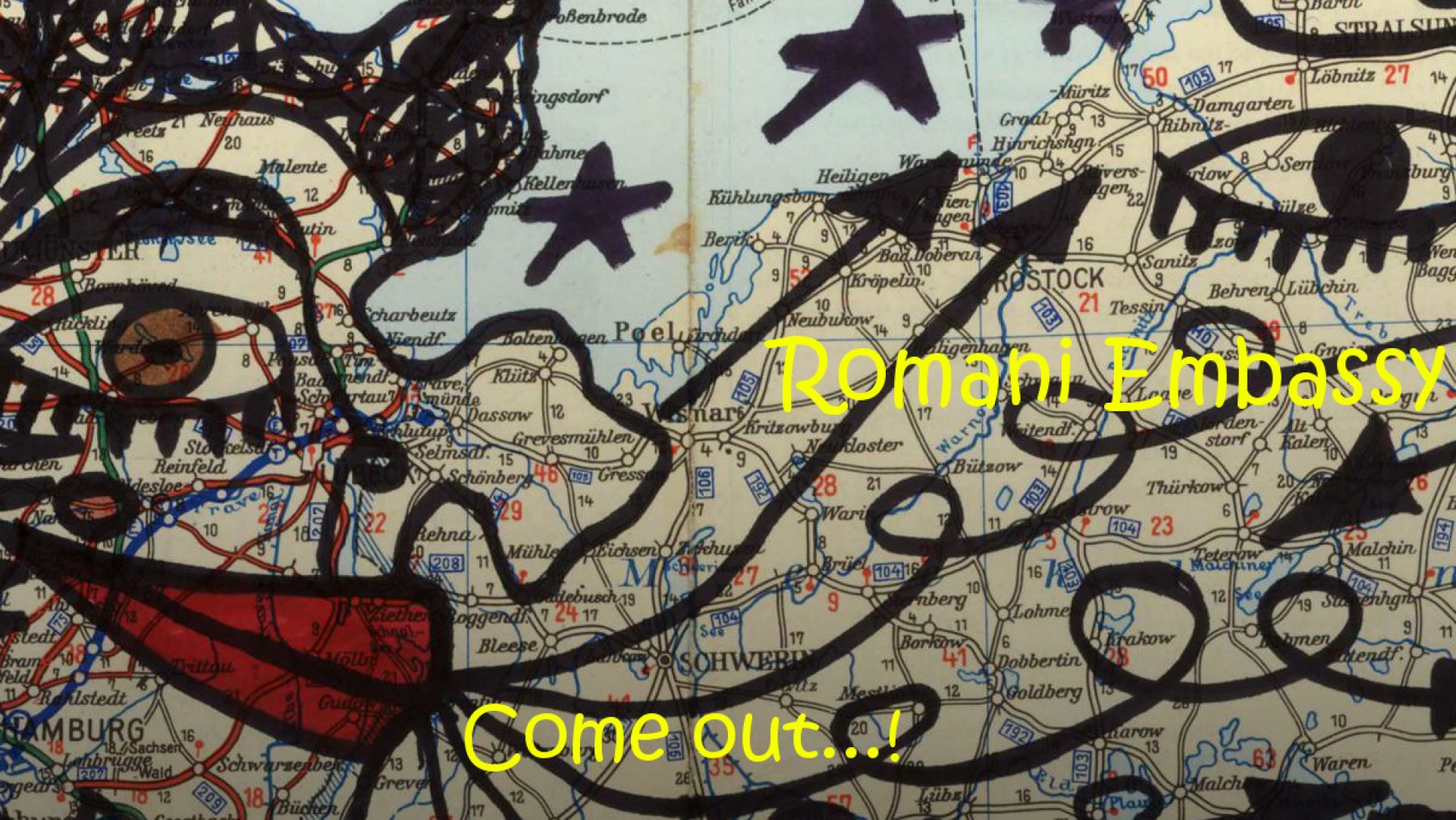 “Like many moments in history, few could have imagined the impact of the Tent Embassy or its enduring legacy when it was first established on the lawn of Parliament House in Canberra, Australia Day 1972.”

Romani Embassy is an artistic installation and performance. Its starting point was looking at the Indigenous Rights movement in Australia first taking place in 1972 on Australia Day outside the Parliament House in Canberra with a beach umbrella and a hand painted sign saying ‚Aboriginal Embassy‘ were Billy Craig, Tony Corey, Michael Anderson and Bert Williams.

Romani Embassy is an ongoing installation and performance by Delaine Le Bas, conceived as an idea for Gypsy Revolution at HIAP Residency Suomenlinna Helsinki Finland in 2012, first embodied as performance for When The Fuel Runs Out People Will Need Horses in London June 2015. It is embodied within the artist and or within the space that the artist occupies. As a community we have no “one homeland”, no one country, no one nation state as such. We are in many lands but never fully accepted, at any time we can be purged from the general population. We are an embodiment of an international population, we have many religions, we speak many languages and speak many versions of our own language. We have little self-representation politically and no Embassy anywhere to run to in times of trouble.

Romani Embassy is an information point, a living archive, an embodiment of reclaiming the stolen artefact that we have become. It can morph in size, change its appearance, appear and disappear. It is not contained within one building, it is a moving, flexible structure. It is cardboard sign made on the move. It exists within real and virtual space and time. It can be one person, it can possibly be more. It can be a distribution point to question majority societies opinion and ongoing mistreatment of us. It can be a silent act of resistance. Romani Embassy is an ongoing performance, artwork, activism. 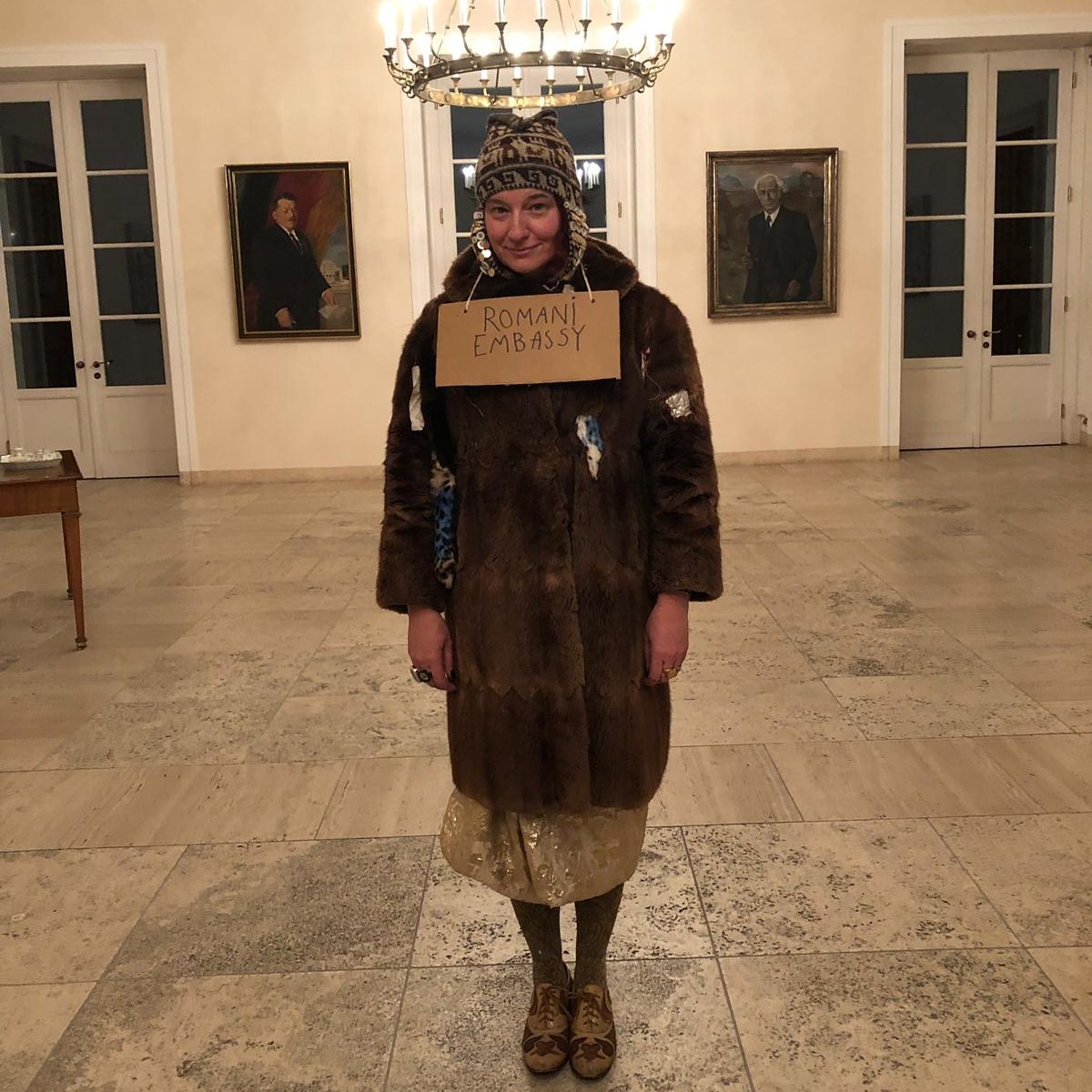